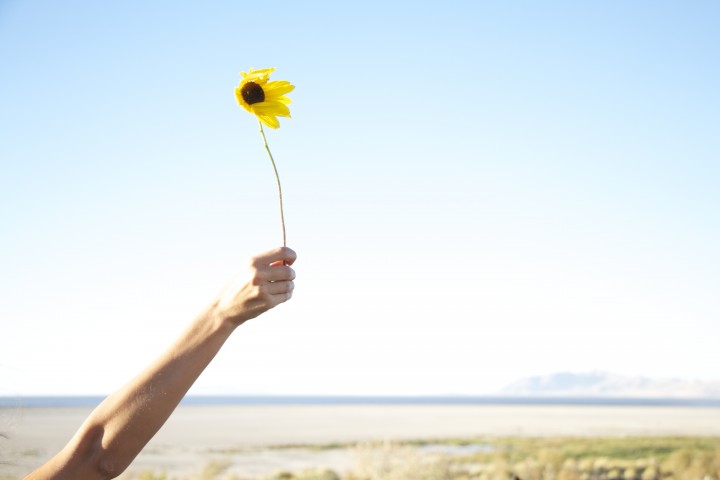 Last week we traveled across the country from south Florida to northern California. I took a ton of pictures along the way, so if you decide to read this in its entirety, you might want to get some snacks. We decided to take the scenic route, visiting some cities we had never spent time in before and steadily make our way back to San Francisco. The first major city we passed through was Atlanta, Georgia but since we had been there so many times we didn’t stop. We had our eyes set on Nashville, Tennessee.

We got to Nashville and did some exploring. I really like this town. It’s reminds me of a smaller, more country version of LA in some ways. We got coffee at Hot and Cold in the morning and then checked out some cool local spots including Love Circle (TN’s version of Lover’s Lane) where we got some killer views of the city.

Then we hit the road en route to Chicago, traveling through Kentucky and Indiana, watching out for lurking dinosaurs along the way.

Oh Chicago, you beauty! With your lake side views and big buildings and friendly people. It was jacket weather aka the best weather. Some of the leaves had already started to change and the air had just enough bite to it to make it feel like fall. While we were here we had cake donuts and coffee at Stan’s Donuts, did some walking/shopping around the Wicker Park neighborhood, tried on bear suits (as you do), visited the Bean downtown and Frank Lloyd Wright’s house in Oak Park, then wrapped up with drinks at Bangers and Lace and tacos at Big Star before heading back to our hotel.

I have become an expert at smuggling my cat into hotel rooms. Nicole Lee, Cat Smuggler. Nicole Cat Smuggler Lee, Ol’ Cat Smugglin’ Lee. My biggest feat to date was in Chicago while on this trip. We stopped in downtown for the night at one of these boutique-y hotels in downtown. The ones with the doormen and the views and the 5 dollar bottles of water in the mini fridge. First, I had to convince the valet guys that I didn’t need a luggage cart and would carry my own bags to our room to, you know…secure the goods. Then, I carried Mila Cat, swaddled in a blanket like the world’s largest bean burrito baby past the front desk and lobby, into the elevator. Yes! I thought. I’ve made it! But then, an elevator attendant got on. An elevator attendant…seriously? Who needs helping pushing the elevator button these days? This is 2014. I knew Mila Cat was going to meow, because she hates being held and we had 13 floors to go. And not like, hates being held a little, but full on you’re going to die in a fire for holding me- hates it. I’ve had Mila for a long time, I got her when I was living alone in college. We’re good friends, but chick is a freak. A big, orange, black and white freak. But lo and behold, she didn’t make a sound. That’s right. The eagle had landed. KaaaKaaaaaaaa

Trey was born in Des Moines, Iowa so we decided to stop by and see his birth place since he’s never been back. As the highway rounded towards the city, all I hear is this loud, cackling hyena-like laugh from the driver’s seat. I look over and Trey is pointing to the “downtown” area which consisted of two measly buildings sticking up like buck teeth from the earth. We have to take the exit to downtown, I told him. We exited off. Holy ghost town. No one there, restaurants empty, hardly any cars. Every building seemed to be this same shade of beer bottle brown. Welcome home, bae..!…? We kept driving westward…

Are you still reading? Did you get snacks? Perhaps you need mega snacks.

Soon we came to Nebraska. If Virginia is for lovers, Nebraska is for…corn…husk..ers.  ? There’s a lot of corn in Nebraska.

About 50 miles outside of Omaha and our tenth round of “Would you rather?” we reaaaallly started realizing just how crucial road trip entertainment is on a cross country trip. I’m a big fan of audiobooks, pod casts, talk radio, etc. My favorites are the Nerdist, which is a hilarious podcast where Chris Hardwick from comedy central interviews comedians and other celebrities, and Radiolab, a podcast about science, philosophy and other curious things. NPR news is alright if you’re feeling political and/or want to fall asleep (I’m convinced Diane Rehm is a zombie…someone, please call it). If you like laughing, the new Patton Oswalt comedy album is really hilarious. This trip we listened to the audiobook for Gone Girl. And you know, after 7 hours of listening to it…I still don’t know if I like it or not. Something about the voice-overs that they used just really urk me. I feel like it would have been better if I read it to myself (because the voices in my head are so much better! she says manically).

Finally we left the corn fields of Nebraska behind and got to Fort Collins, Colorado. Now we’re cookin’. Colorado is a winner, if I didn’t like the coast so much, I’d think about living in the mountains here. It’s progressive and outdoorsy and the terrain is pretty sweet. There are bike lanes and dogs everywhere and the people are of the friendly variety. Fort Collins is a little college town, which means it’s has a pretty young feel to it. We had some food and drinks in town at The Mayor, a local tap house and eatery. There was a Pink Floyd cover band playing and New Castle brewery was on hand giving out free beers with prune extract called “The Dark Side of the Prune”. Definitely a buy.

We decided to keep the night going and find the closest liquor store, as you do on a road trip, and ask the woman behind the counter what she recommends. She tells us to try cinnamon toast crunch shots, which is a lovely blend of fireball cinnamon whiskey and rum chata, which, I am oddly familiar with given one of my best friends loves to order these at the bar despite my known hatred for cinnamon flavored liquor (goldschlauggers, sophomore year of high school, I don’t want to talk about it). Fireball whiskey can also be known as Fire Throat Death Juice as it can cause the most painful reflux in the most unassuming of individuals sometimes FYI.

From Fort Collins we drove north-west into Wyoming. Having driven through Wyoming in both winter and summer, and visited much of the midwest, I can attest to this being one of the prettiest states in our country’s mid section. It has a certain charm about it.

After Wyoming came another beautiful state: Utah. We drove through the arid desert, looking up at the cool rock formations as we passed. We also visited the Great Salt Lake (which is the largest lake in the US outside of the great lakes…who knew?) and got some good views of Salt Lake City.

Daaammnn look at that butte. Dat butte tho! Butte jokes don’t get old (yes they do).

Leaving Utah, we were super tired and basically crawled over the border into the first town in Nevada called Wendover. Wendover has nothing in it but a few casinos and hotels. The kind of place one would only come to if they were scoping for good grounds for a meth lab operation and/or wanted to be knifed in the dark and never seen again. Let me preface this with saying, I have a dateline nbc obsession. It’s a weird thing to like watching, I know, but hey…you can only watch so much Seinfeld reruns sometimes (no you can’t, blasphemy!). So we’re driving through the town and there, in all his glory, is Wendover Will. Wendover Will. As in the huge waving cowboy statue/sign from that dateline nbc episode where the girl goes missing and the guy goes to jail for her murder but really it was the guy’s girlfriend who was jealous and killed her and buried her in the gravel pit in the desert but she got off the hook and now the guy is serving a life sentence in prison. THAT one. You know, creepy town.

Then, after driving across Nevada, the most wonderful thing happened……..the California state sign came into view and we crossed the border into California! I was so excited I almost missed the sign.

A blanket of low-laying clouds surfaced overhead and the greenest Jeffrey and Ponderosa pine trees came into view as far as our eyes could see. Northern California: we were back! And it feels good to be back. That right feeling in your bones where you just breathe deeper and smile more. Where your Yelp and Uber apps are actually usable, and people are picketing for things like taxes on soda. Where saying “yes” to needing a bag at the grocery store is met with a judging stare and 10 cent charge. Where weirdness is celebrated and no one looks twice at a vagina mural sprawled across a building. You know, because why not.

We came through Truckee, CA, which is not far from the Lake Tahoe area and decided to stop off and take some pictures.

And just like that, we were home and our sixth trip across the country had come to an end. It was too dark to take good pictures of San Francisco by the time we got there, but rest assured there will be plenty of those pics to come.  It’s good to be home!