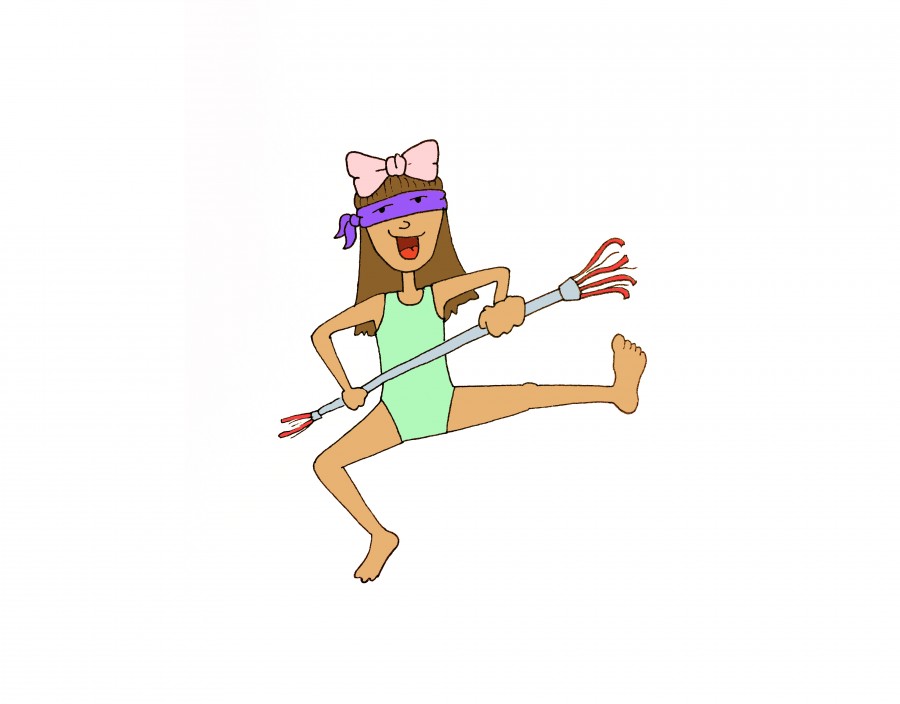 There I was, 6 years old standing shoulder to shoulder among a row of girls stretched across the half court line of an elementary school basketball court. It was early summer 1992 and I waited on my mark, baton in hand, sparkly leotard on, large bouffant hair bow on the top of my head. The music came on, signaling the start of the routine to C&C Factory’s Gonna Make You Sweat (Everybody Dance Now). The instructor motioned for us to begin and we started walking towards her, twirling our batons to the music.

And just like that I was transported to another place.

I wasn’t twirling a shiny baton with ribboned ends in a stifling hot gymnasium among a group of female peers. I was warding off bad guys in some back ally with my bow staff like my rat sensei had taught me as Donatello, the purple Teenage Mutant Ninja Turtle. As the other girls proceeded in synchronized fashion to the other end of the court, I fell behind, voluntarily, too entranced in my own personal ninja pursuits. The music stopped and one by one the trophies were handed out to everyone in the class who completed the routine. If you received a trophy, you were pretty much guaranteed to be a shoo-in for the small town’s 4th of July parade (dream big). The instructor thanked everyone for coming and I made my way over to my mom on the side lines without a trophy. I wasn’t upset about it. I didn’t need some trophy to tell me how awesome I was at twirling a stick. My mother (a baton veteran herself) on the other hand, was fuming. She approached the instructor and insisted I be able to try again so I could get a trophy just like all the other little girls in the class and qualify for the town’s parade. The instructor obliged and rewinded the tape as I reluctantly took my mark in the middle of the gymnasium, alone this time. From the sidelines my mother pointed to her mouth, gesturing for me to “smile!” with accompanying jazz hands. The other girls and their mothers sat criss-crossed on the sidelines with their trophies, staring back at me. The instructor pressed play on the tape, cueing the start of the routine, and I, Donatello, stood frozen alone on the court for 30 seconds before finally returning to my mission of fending off bad guys and restoring peace to the city with blunt, swift swipes of my bow staff. I went home without a trophy that day and never made it to the parade.

It’s funny, when you’re about to have a kid of your own, you start thinking about what you and your partner were like as kids and compare stories. Trey has a good one about him playing the Wham Wake Me Up Before You Go-Go instrumental preset on the family keyboard while “porky piggin” it (wearing a shirt and nothing else). I try not to have any expectations for our little human, but sometimes I secretly hope we have a free spirited Donatello or Wham nudie on our hands.