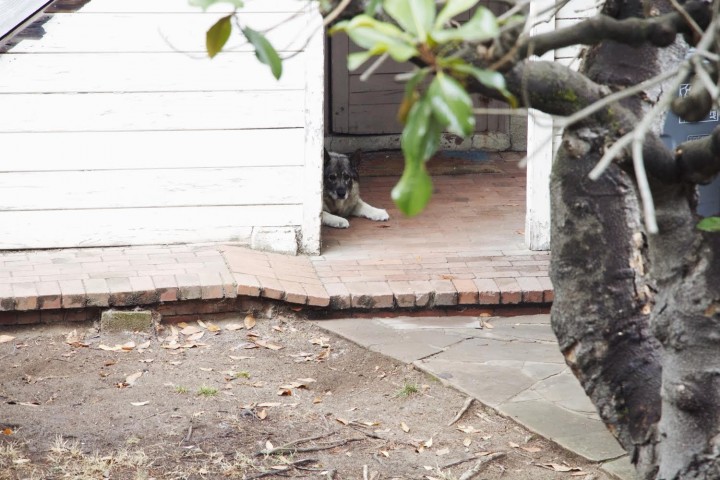 Some music for your weekend

A cute story about a woman’s first few days with a fiddle leaf fig tree.

Speaking of which, I went on a quest for a fiddle leaf fig tree of my own since they are all the rage right now. I came up empty handed. I just love their big, protuberant leaves and maybe, just maybe, one will come into my possession soon. Let’s see…last night we went to a Hendrix gin tasting event and made blueberry green tea cocktails with some good friends, this weekend we’re heading to LA. You know, the good stuff. Happy weekend, friends. 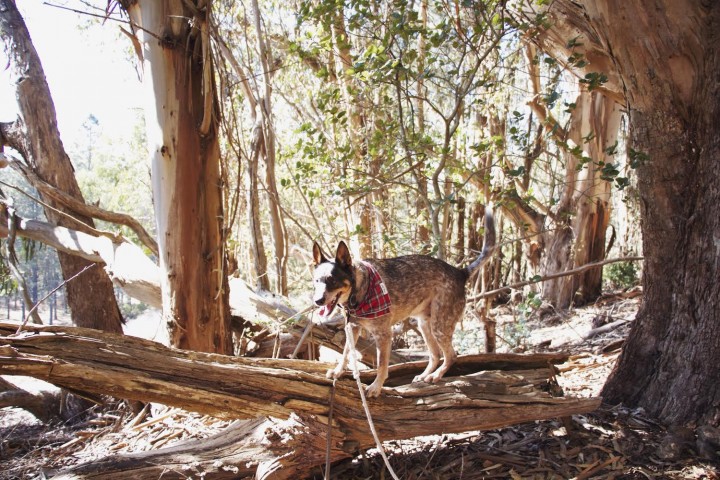 ..this weekend we’re hoping to do some adventuring down south in Half Moon Bay or Big Sur and maybe catch Interstellar in Imax. There’s a new yoga class down the street I’ve been wanting to try, so maybe I’ll hit that up as well. Since daylight savings time is upon us, I’ve been waking up early and getting outdoors with Jack. This morning we drove up to the woods near by, listening to Ira on NPR’s Science Friday and sipping lemon tea along the way. We met some sweet pups and people out on the trail who had the same idea as we did. I found a few fallen pine cones and stashed them away in my back pack for a diy project I have in mind (more on that later).

Have a splendid weekend! 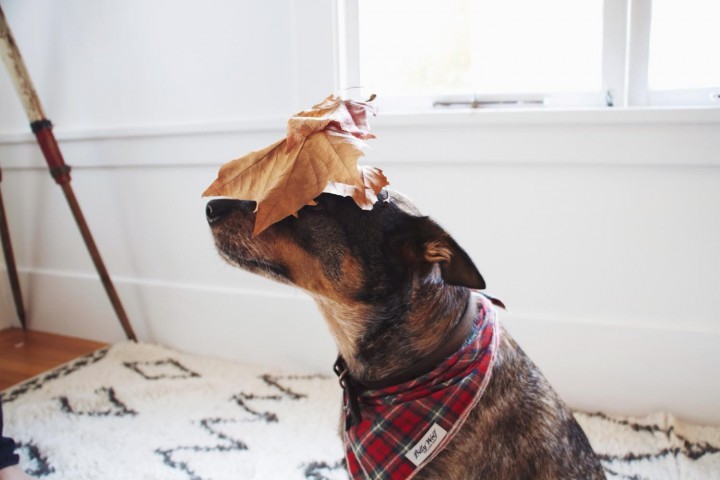 October and November are my favorite months of the year. The leaves changing from vibrant green to golden yellows and reds, drinking fresh cider from the bottle while walking home from the market, watching spooky Halloween Dateline episodes, wearing flannels and boots and wooly socks. And balancing things on my dog’s head. Yep.

Jack has this way about him. He’s calm and wise and really happy all the time. Like if buddha and yoda had a baby, you’d get Jack. I get asked a lot if he minds us putting things on his head, and he really doesn’t. He just goes with it, gobbling up the piece of turkey and praise we give him afterwards. It’s funny, having this little squatty sidekick that goes everywhere with you.  (Hu)man’s best friend and all. Here’s him being festive for fall and Halloween this week. And just incase you missed it, there’s more here and here. 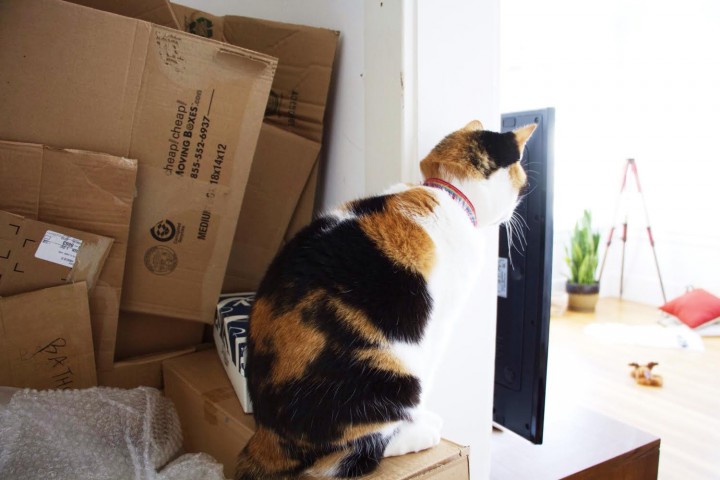 Hello there. Apologies for the radio silence, we spent the week getting all moved into our new place and had to deal with some unanticipated moving drama. In the previous post I mentioned our car was broken into and laptop stolen. Well, this week our Uhaul truck was stolen. Yep, an entire large-sized moving truck. Trey’s vintage motorcycle was inside…the one he’d been fixing up for the past year. Luckily, we had unloaded almost everything else and just parked it for the night next to our place until we could return it in the morning (living in SF for six years had us weary of whether to leave it on the street or not, but Uhaul assured us it would be fine in Berkeley). It still hasn’t been found. So, it was a rough couple of days. Luckily the thieves targeted a couple of less-is-more kinda folks who don’t dwell in negativity…

I wanted to share some photos I took while out and about in our new neighborhood yesterday. Despite what it sounds like, we actually live in one of the best neighborhoods in the area. We’re just a few streets over from a bunch of cute restaurants, cafes, shops, and an old school independent theater that I’m really excited to go to.

Jack is already making friends with store-owners here. He thinks he’s invited inside everywhere he goes. He just swanks on in like a good friend you haven’t seen in a while, flashing that big ole’ toothy grin of his …“HEY!”…

I’m looking forward to exploring more around here and documenting the process of putting our new place together. We need a couch, for starters. Here’s my current seating situation:

I am hopeful that as things start calming down we will regain some semblance of normalcy in our lives soon…(well, as normal as we get)… after 2 weeks on the road and 2 weeks in Airbnbs/hotels…we’re ready! 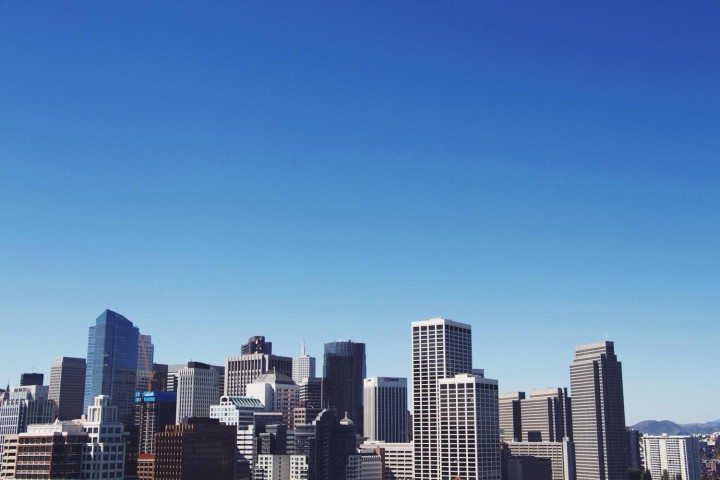 This weekend was filled with warmth and sun, good food and watching aerial displays by fighter jets from our friend’s rooftop downtown (the Navy’s blue angels were here for fleet week).

We ran into these mobsters on the street.

I like to imagine the bulldog as the mob boss and the mastiff as the muscles. “Doh, I don’t know bout that there boss“…

Then I saw this license plate on the Bay bridge and thought…heh, llamas.

And a few minutes later traffic stalled, and I looked over and saw this…

A van full of llamas.

Then the fog begin to set in on the sail boats in the bay as we made our way home.

Alright Monday, let’s do this…

It was Trey’s birthday yesterday so we did some good ole’ fashion celebrating. His birthdays are always ragers. Last year we crammed 25 people in a room in japan town for karaoke before jaunting around the city loaded up on sake bombs and Hall and Oats. But since it was a Tuesday and we just got back from Europe last week, we both decided a low-key celebration at home would be best this year. So, coffee and breakfast in bed, turkey tacos with too much cheese, shots of tequila with friends on facetime, and a bonfire to end the night it t’was.

And it was a good day indeed.

Happy birthday to you, lover boy. You are my moon, my thunder, and oh do I love this little empire we’ve built.

We’ve been spending a lot of time indoors lately (audible sigh from Jack) since it’s basically Africa outside. So, I thought I would share some photos from inside our home, starting with the bedroom.

Ohh sleeping spaces.  In college I shared the hull of a boat with a friend, and later a twin-sized bed with Trey. Our last “bedroom” in San Francisco was in a closet (‘closet-bed’ as it came to be known as). Add an over-friendly dog and cat into the mix and you could say we definitely had become accustom to sleeping on top of each other. Even though we were used to tiny space living, and in someways even preferred it, we knew the first order of business when we got here was to get a bigger bed. And oh is it glorious (picture Trey sprawled star-fish on the bed. Or not, don’t do that).

Since we’re renting and knew we would only be here for a year, we didn’t make any major changes to the space. Our headboard is made from a shipping pallet, and the dresser is a craigslist find that we added some brass knobs to. Most of the items laying around are things we’ve picked up while traveling. The woven wall tapestry is a favorite of ours that we found while rummaging through a street market in Costa Rica. This space gets a lot of light and I find it really peaceful. It makes sleeping in on Sunday mornings really nice…that is, until someone gets hungry and we all have to get out of bed. I’m hoping to share more details of our home in the coming weeks since it won’t be long before we’ll be packing it all in boxes in preparation for our move back to California.

We’re big space nerds here, so when the opportunity to photograph a supermoon comes along on a warm summer night, you know we’ll most likely be in our backyard staring up at the sky. We brought chairs out and spent a good while just staring at the moon’s intricacies through our telephoto camera lens. Then we thought to film it moving across the night sky (above). 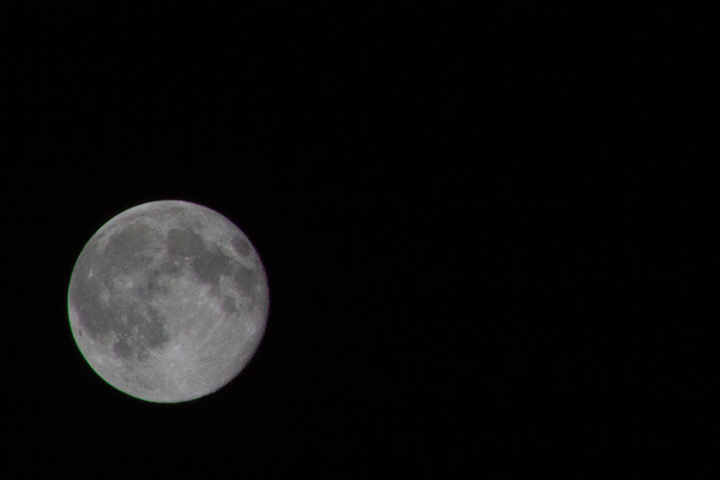 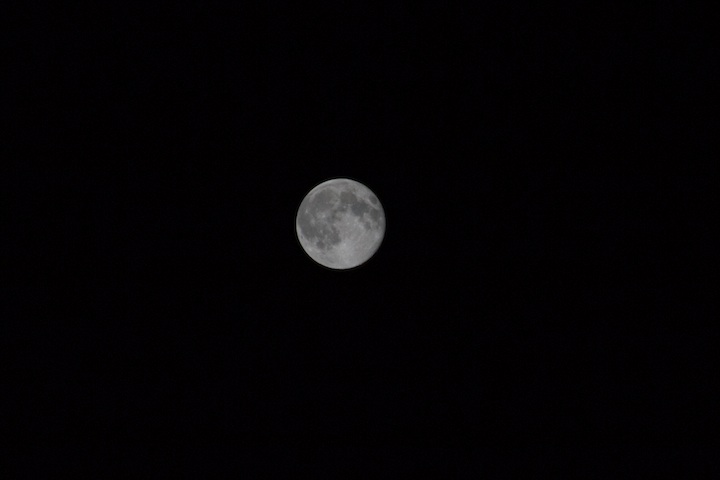 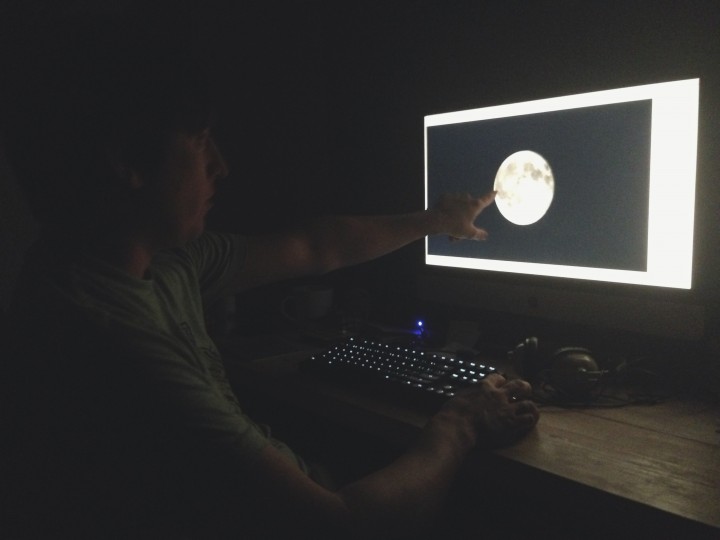 Trey’s grandfather (his namesake) was an engineer for NASA and Boeing Air. The technical documents he wrote for the Apollo 11 moon landing mission are in the Smithsonian museum in Washington, DC. Hearing his grandfather tell his stories during the holidays is always a fun time. It was great to see the moon so big and bright last night. The next supermoon is coming up in August…I’m thinking supermoon cocktails…. 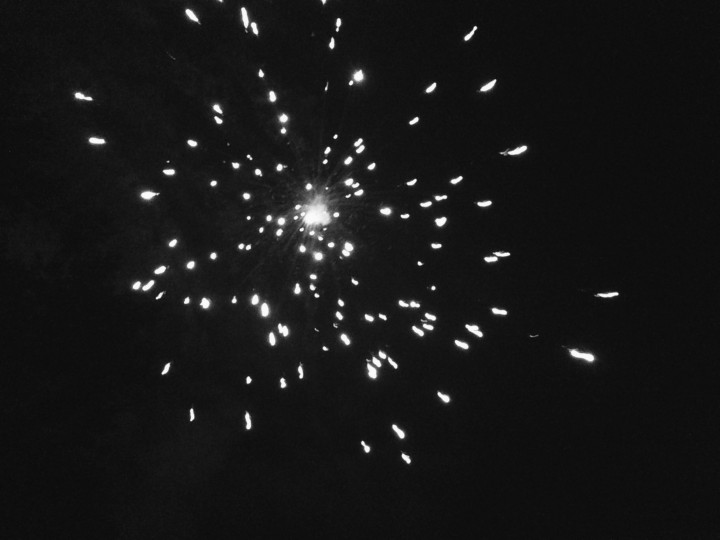 We celebrated our nation’s independence the same way a lot of Americans do…with copious amount of light domestic beer, sun-filled trips to the beach with family, and shooting mortars out of make-shift exhaust pipe launchers in the middle of the street. Let freedom ring (in your ears, it was loud).

(and the kitty attached to them).

2.This book about treehouses

(because one day we’re going to build a badass one).

3. This necklace my sweet island friend made

(because it’s simple and the perfect length).

4. This dream catcher we carried back with us 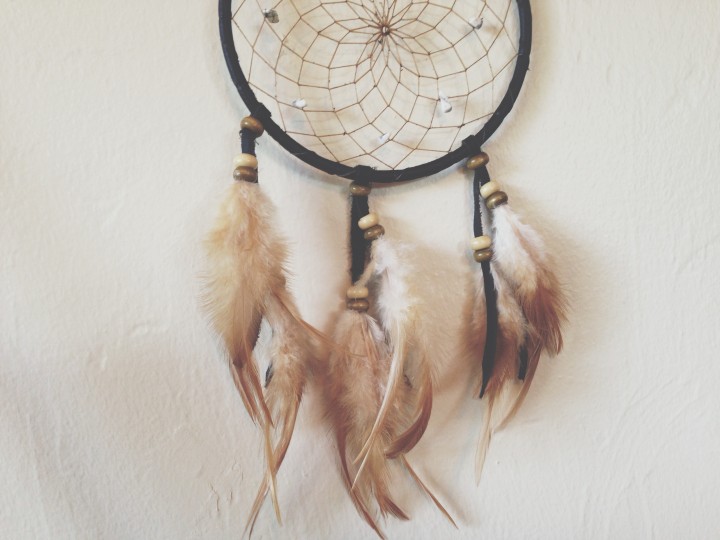 (to remind us of British Columbia). 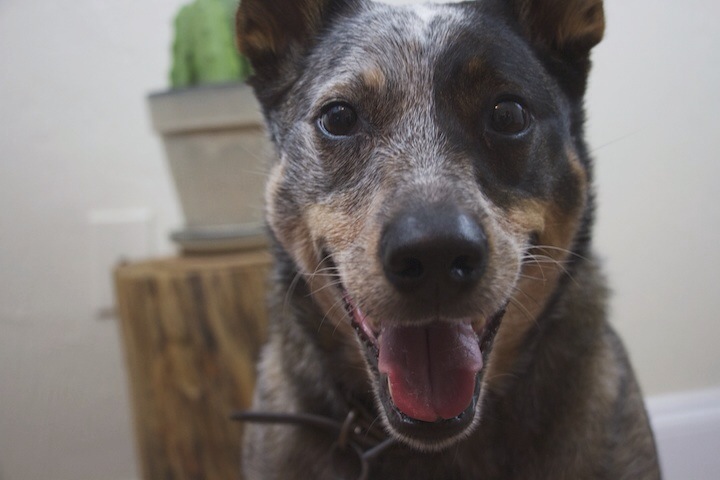 (because he knows paper animals get me every time).