It’s 4:30 am and I’m sitting in the Charles de Gaulle airport in Paris, France about to board a flight to Italy. We’ve just spent the week riding bikes and eating our way around Paris and now we’re heading to the Amalfi coast. Trey tells me I look like I just stepped out of Bill and Ted’s time machine because of the Smiths t-shirt and jean jacket I’m wearing. So, now I have a boyfriend for sale, $5 OBO.

We stayed in a little flat in Bastille, a trendy district in Paris. There was a Vespa repair shop a few doors over with a French bulldog who guarded the door wearing a chain collar. The street was made of light gray cobblestone and there was a boulangerie with the best smelling croissants on the corner.
Highlights of being in Paris were an awesome gathering of foods from a local street market, renting bikes and riding through the city to the Eiffel tower for a picnic, and finding an original EP record of Francoise Hardy (my woman crush) at a hole in the wall flea market we ducked into because it was raining. I’ll do a full post on our time in Europe when I get back (sometime in between finishing my work in FL and packing up to move back to CA(!), but for now I’m going to absorb everything european around me sans computer.
Jack is with our trainer friend Brian who has six border collies and lives on a llama farm and Mila Cat is being watched over by my great friend Mel. We miss them!
View comments 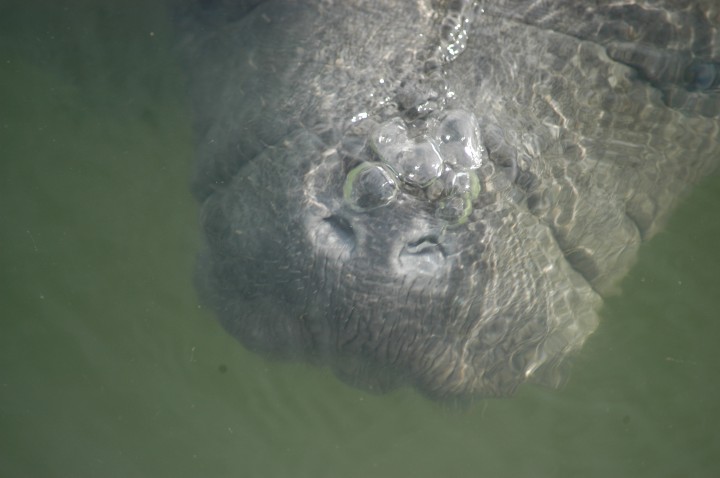 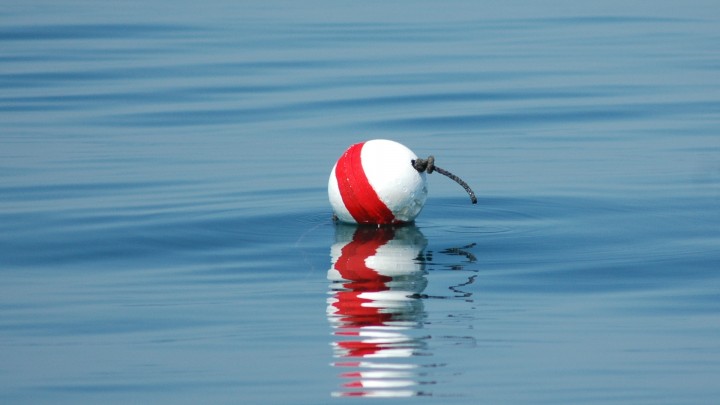 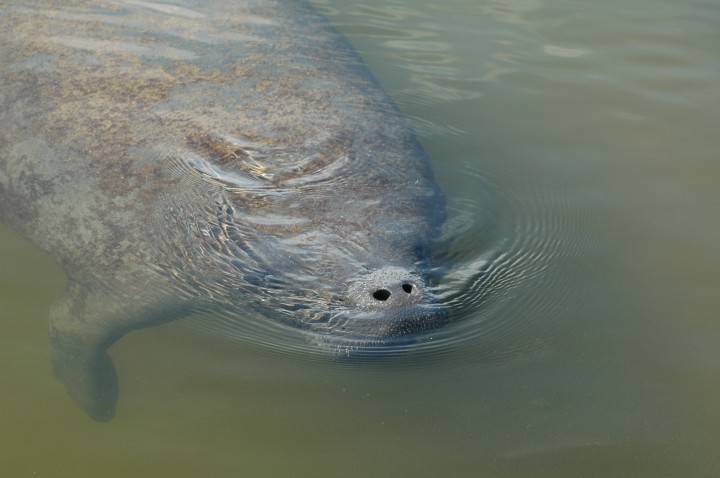 1. find a roof to put over our heads

Florida is the best place in the world to see endangered West Indian manatees in large herds. During the winter months the coastal waters get too cold for them so they retreat into the warm waters of rivers and springs, much like the one we visited on this day.
My lab mate spends half her time researching manatees (traitor) and gave us the insider info on where and when to go see them. We took her advice and headed out early in the season to find them. We came across a small group feeding along a canal that consisted of a few adults and a calf. The calf was curious and started hanging out underneath our canoe, so I took a dip in to get a closer look at him. You really can see why they are most closely related to elephants by their leathery skin and finger nails (finger nails!). The moniker “sea cow” they’ve acquired from centuries of grazing on sea grass can be somewhat misleading. Most individuals are know by their scars and wounds (typically from boat propellers) and this little one was no exception, although luckily the mark on his head was just a surface scratch etched in the algae on its skin.
Jim Gaffigan the comedian has this bit where he calls manatees the ‘retired football players of the sea’ because they are so large and slow moving. It’s pretty funny, and true. Even though they are hefty, they have very little body fat (which contributes to their susceptibility to cold water). A few minutes later the calf swam back to its mom and I hopped back into the canoe and we parted ways. Oh I almost forgot….I learned that manatee females have two nipples, one under each arm pit… presumably so mom can continue grazing on sea grass on the bottom while nursing. Can you imagine? Arm pit nipples. So now you know.
View comments

During our trip to the Pacific northwest a few weeks ago, I was able to work with the Center for Whale Research (CWR) documenting the Southern Resident killer whales, or orcas, returning to their summer feeding grounds around the inland waters of Washington state and southern British Columbia. It was nice to get away from the lab in Florida and spend some time off the Pacific coast.

The Southern Resident orcas are a large extended family, made up of three pods: J, K, and L pods.  Each spring they begin showing up in the calm inshore waters surrounding the San Juan Islands to feed on the runs of Chinook (King) salmon from the local rivers. With news of their return, biologists with the CWR and I headed out to photograph and film their arrival to account for any new (calves) or missing (presumed dead) members of the pod. Photographs and video are very helpful in showing us whether individuals have signs of emaciation (sickness or starvation), and can even allow us to note possible pregnancies.

There are currently less than 90 Southern Resident orcas left in the wild. The population was listed as endangered under the Endangered Species Act due to low population numbers in 2005 (and Canada in 2001). In the early 1980s marine parks captures devastated the population by taking more than 1/3 of the animals for entertainment purposes (the popular documentary Blackfish goes more in depth about this). Recovery of the Southern Residents has been slow ever since, making the CWR’s work even more critical than before.

We had a great time at the CWR. Having first studied this population when I was an undergrad, seeing the resident orcas again is like visiting old friends.
*all photos and video were taken by me or staff at the CWR under a federal research permit.
View comments

I spent some time in the Pacific Northwest for work recently and decided to visit home while I was on the west coast. It was great to get out of Florida and be back in San Francisco for a few days. Karl the fog took the day off, allowing the city to be filled with sunshine and warmth. I met up with Trey who was already in town (he travels back every month for work), and together we spent the weekend walking around some of our favorite neighborhoods, soaking up the unseasonably sunny weather at Dolores Park, feasting on Vietnamese food at Sunflower (the best little hole in the wall restaurant ever, I’m convinced), and cheering on the Giants.

I then headed up to the San Juan Islands off the coast of Washington state to work while Trey stayed behind to finish up his work in the city. I came to this island when I was nineteen. I didn’t know what I wanted to do with my life so I applied on a whim to a small research program through the University of Washington that allowed six students the opportunity to study a resident population of killer whales and, much to my surprise, got in. I’ve returned a few times since then to work for the Center for Whale Research, a small research lab that focuses on killer whale population biology. The island is pretty remote, with the only access being by ferry or sea plane. It’s one of those places where your cell phone immediately loses signal and you couldn’t find a Starbucks latte even if you wanted one. Every summer around 80 killer whales show up around the the San Juans to feed on the salmon runs from local rivers. After suffering a loss of over a third of their population from marine park captures in the 1980s, they have been listed as endangered and are now studied extensively. I had the cool job of photographing and filming the whales up close as they returned this year to document any new babies, pregnancies, or missing (deceased) members of the population. I’m thinking of putting together some of the footage and sharing it here soon.

Trey came up and met me on the island a few days later and went out on the boat with us. Later, we explored the island, had dinner down by the harbor, and caught a ferry over to Victoria, British Columbia. On our last day, since we were catching red eye flights back to Florida that didn’t leave until the evening, we spent the day walking around Seattle. I love this city.  It was 80 degrees without a rain cloud in sight. We made our way through Pike Place Market, walked along the waterfront, and then popped into a pub to catch the USA play Portugal in the World Cup (those last 20 seconds tho!). We had an awesome time and are excited to return. 

The van came to a grinding halt on the dirt path we had been traveling on. The resistance from our wheels against the rough terrain created a large cloud of thick dust, enveloping the small utility van we were in. Our guide, a petite Thai woman in her mid thirties, got out of the vehicle abruptly. We looked at each other with uncertainty from the backseat. Moments later the side door to the van slung open, implying we were to get out. I shielded my eyes from the bright morning sun as we emerged into a quiet, pristine valley surrounded by mountains on either side. A lively cadence of insects and birds serenaded us in the background, welcoming us. I had been told that the mountains of northern Thailand were beautiful, but nothing had prepared me for this. Suddenly, without warning, my admiration for the scenery was cut short when the brush just beyond our path began to rustle. Small trees and shrubs began to give way as a massive, mammoth-like creature emerged onto our path. There, standing less than 30 feet in front of us, stood a large adult female elephant. Her tan leathery skin was covered in wrinkles, her trunk swaying from side to side as she pulled brush from the earth into her mouth. She stood chewing, staring at us.

We had traveled to this remote village in northern Thailand’s Chaing Mai province to visit a rehabilitation sanctuary that rescues injured and mistreated elephants; mostly from small villages that still engage in illegal logging. The night before, we had boarded the late train from Bangkok and spent the night partying with a train car full of travelers who only spoke the universal language of beer and Billy Idol songs. And now here we were face to face with the largest terrestrial animal in the world.

She was enormous, with eyes the size of tennis balls. Then, with nothing more than a flick of her huge ears, she swung her trunk to the side and continued across the road. A wave of adrenaline rushed over me. Seconds later, a tiny calf teetered across the path desperately trying to keep up with its mother. I turned to my right and saw another large, older female trumpeting in the distance. And that’s when it hit me. I was standing in the middle of an endangered Asian elephant family.

Entering the sanctuary was somewhat of a Jurassic experience. Hidden in these hills were herds of gentle giants roaming free. Some gathered at the river that ran along the edge of the sanctuary, others rested in the shade of palm coverings. Our guide led us to some of the elephants so we could meet them and their mahouts (care givers). We were able to assist the mahouts in their daily care  by feeding them and splashing cool water from the river onto their backs.

I can’t imagine ever forgetting this experience. It was ethereal.