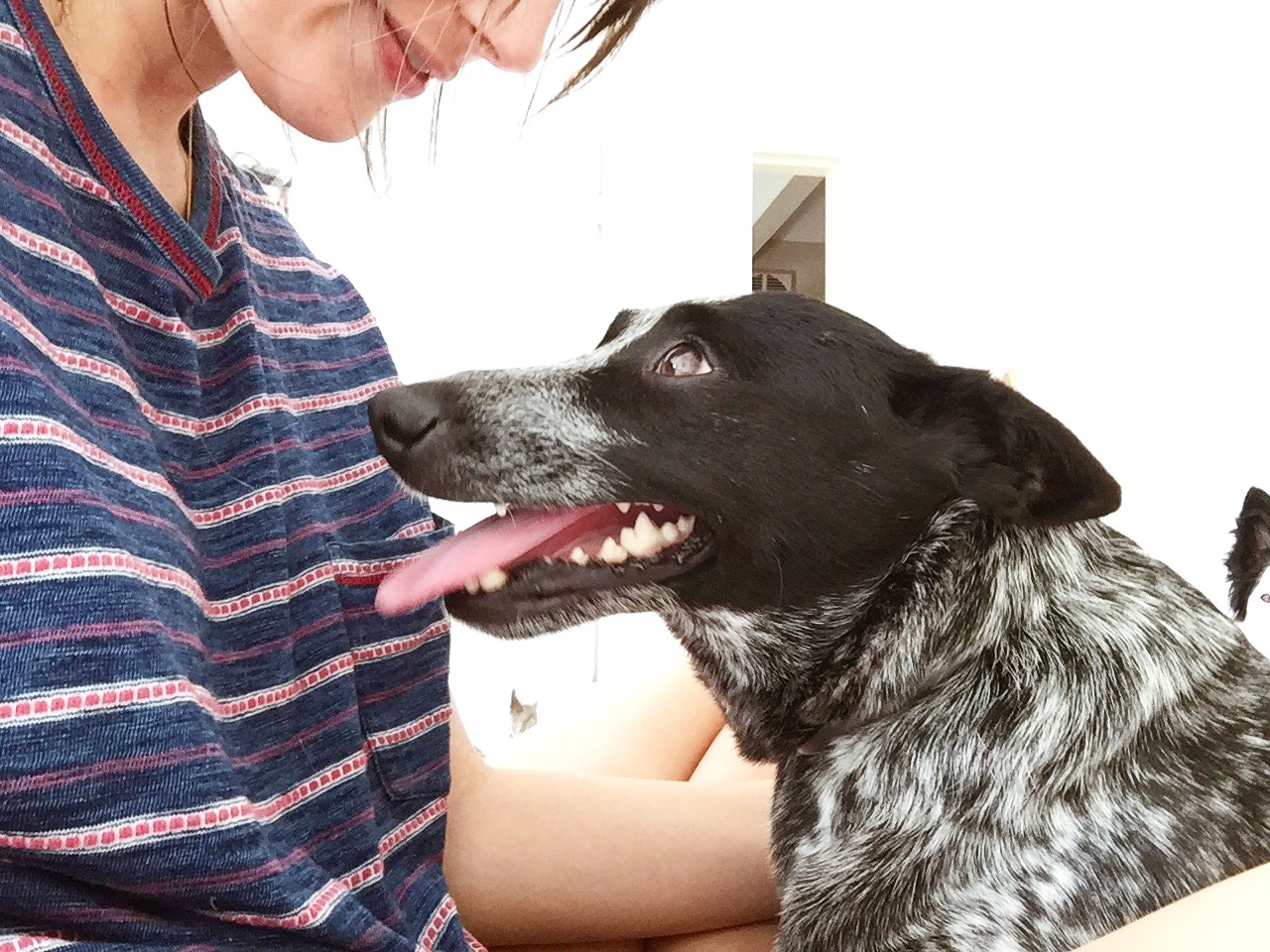 If you follow me on Instagram, you might have seen the animal roommates that have been living with us for the past two months. A young female cattle dog we call Whiskey, and her six puppies. 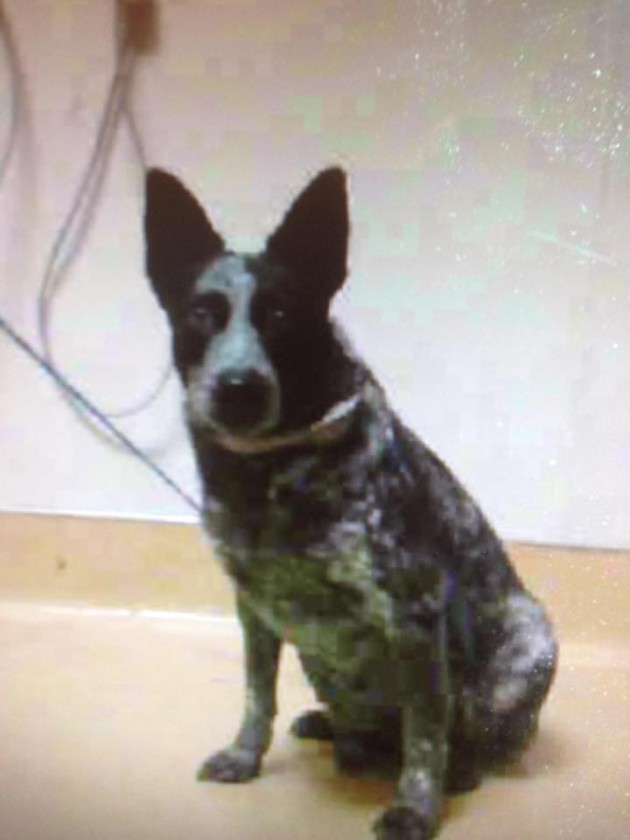 Trey saw the posting on the Milo Foundation‘s Facebook page (the same rescue where we got Jack). We were eating dinner and he said “ok, the answer is NO but, did you see Milo’s post on Facebook today?“. I hadn’t. I opted out of having a personal Facebook a while ago. Trey leaned over and showed me the posting. It read: “Very pregnant sweet but a bit afraid (understandably) cattle dog at the Martinez shelter… Needs a foster home. Any takers?!?!” Then I made some unintelligible noise and Trey caved and a couple days later we went and got her.

We have fostered before, mostly dogs, puppies, and kittens whenever we have the space and time to do so. I’ve been rehabbing animals since I was a kid. Injured birds, baby squirrels that fell out of trees, turtle with a cracked shell, bullfrog missing a leg, pony getting picked on by one the bigger horses at a farm down the road, kitten orphaned in a hurricane, too many dogs on the side of the road to count. When I moved to the West coast, I tube-fed seal and sea lion pups at a marine mammal rescue center and released them into the waves on foggy beaches. Eventually I worked in marine animal health with dolphins and whales. We don’t foster to keep. It’s awesome to help animals out and then send them on their way. Growing up, my mom would look at me and ask “Are you ok?” whenever I’d bring a new animal home to nurse back to health. Like there was something wrong with me for actually wanting to help animals. Who’s the weird one now, MOM! I digress. 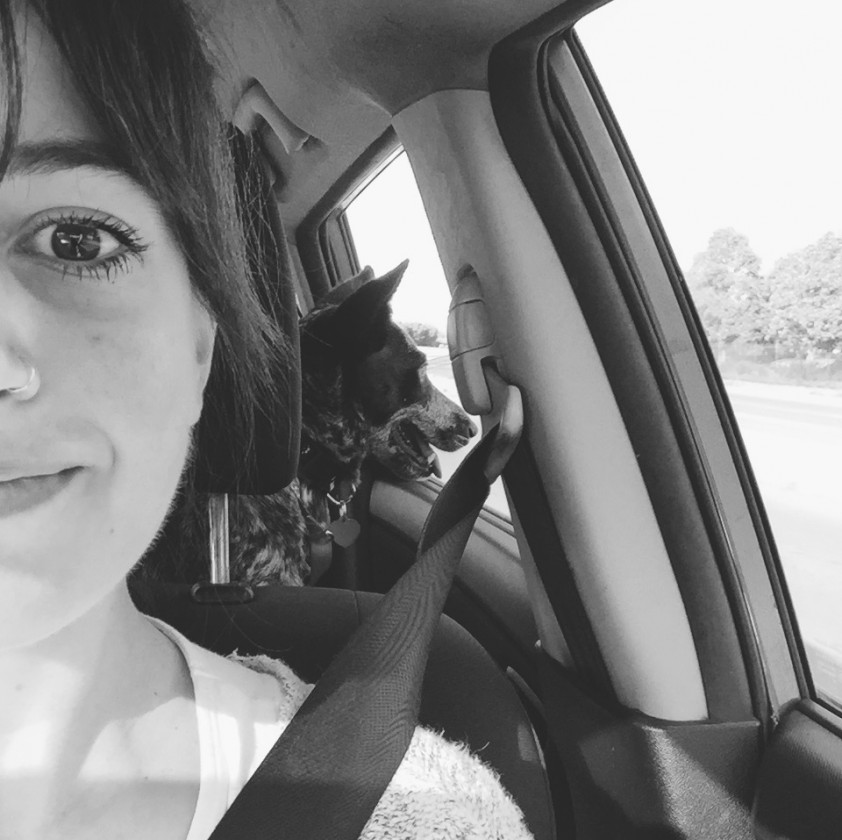 I picked up Whiskey a few days before Thanksgiving. She waddled over to me like a Komodo dragon with her blocky little head, squatty legs, big belly and nervous “smile”. On the ride home, I rolled the car window down and she just sat there staring out into the great unknown like “whattt is thiss?!”. I don’t think she had spent much time (if any) in a car before. She looked a bit dazed and excited all at the same time. She’s smiling, but that’s probably just the “nervous pants”. Dogs don’t sweat through their skin like we do, so they regulate their body temperature (like if they were, say, pregnant and stressed) through panting. 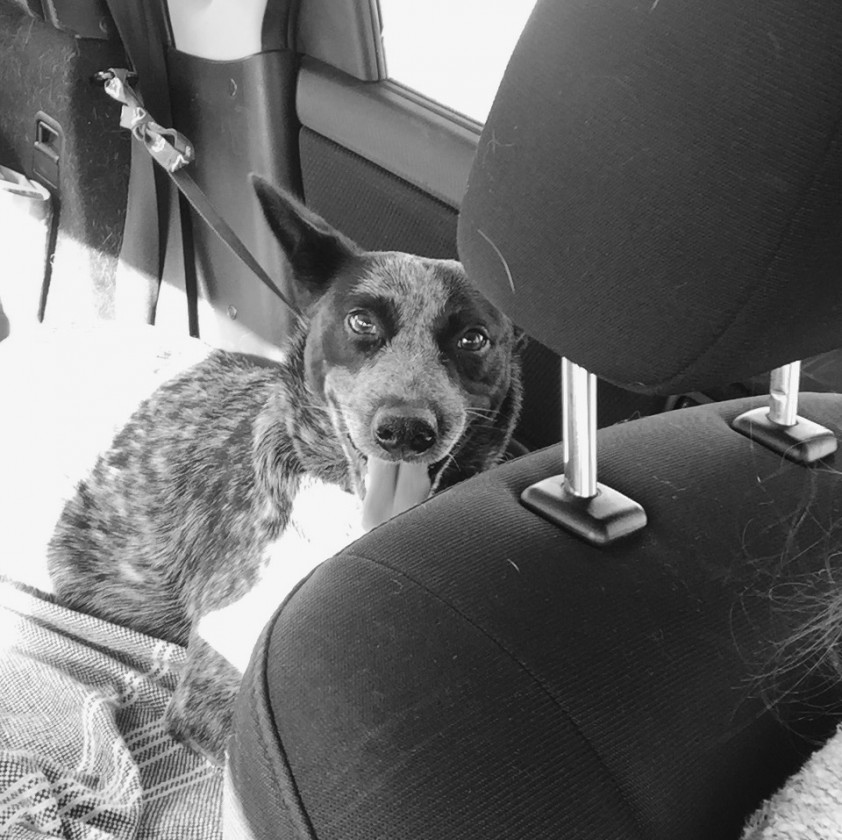 When we arrived home, I gave her the antibiotics she had been prescribed for a nasty respiratory infection (“kennel cough”), and let her rest in a dog bed in our bedroom. She was very sweet, but timid at first and didn’t seem to know whether to trust me fully or not. Later when she woke up, I fed her some chicken nuggets. If you want to be a pregnant rescue dog’s best friend, feed her chicken nuggets. I think these were genuine happy smiles.

Then she met Jack and Keeper who were playing down in the woods outside. They all did the inquisitive low tail wag, a sign of being unsure. Then came a snarl from Jack and a growl from Keeper. Dogs are funny like that, especially herding breeds. They all start evaluating who’s in charge and assess their ranking to see how the new member of the “pack” fits in. After Whiskey backed away to show them they had the higher ground, they all headed off to sniff and roam around the yard together. Later, I raised my hand to throw a ball Keeper had brought me and Whiskey cowered, tucked her tail and ran back inside to her bed in the bedroom. She had no idea what I was doing and it scared her. Rescue dogs come from situations that are not ideal a lot of the time, so it’s good to always look for signs of situations that might distress them. Every sign of fear or anger is a clue that gives you more insight into what they might have been through and why they are behaving the way they are.

Over the next few days we discovered more about her. She didn’t know any commands and wasn’t house trained, leading us to believe she had probably never lived with humans before, especially indoors. Maybe she was a working dog that herded cattle and roamed off? Maybe she was the runt (she’s a petite cattle dog, only 30 lbs) that no one wanted? Who knows, but out of all the behavioral issues that foster dogs can come with, these are two of the most basic and easy to train. The only thing was, she was super pregnant so her mind and body were concentrated on other things. We had to be sensitive to that and decided to devote more time to training her after she had the puppies.

On the third day of having her, we were all watching a movie in the living room and I noticed her starting to pace around. She was panting and trying to make a bed in the corner of the living room, so I knew it was almost time for the puppies to be here. I got some cardboard boxes we had leftover from moving in and Trey taped them together to make a large, shallow box for her. We put it in the sunroom, along with a few towels and a little space heater in the corner. Then we showed Whiskey the room. Around an hour later, she left the living room and Komodo dragon-waddled into the sunroom, crawled right in the box, and had the puppies!

I know you guys can’t wait to hear about the puppies, so I’ll do some more posts devoted entirely to them soon. Raising puppies is really fun. They are cute and are a constant source of entertainment.

But for now, I just wanted to write about Whiskey. She has been the best foster dog ever. It’s so rewarding to watch her progress every day. Since coming to us, she’s gotten over her respiratory infection, raised her six puppies, learned to “sit” and “stay” before her meal, and to “give paw” for a treat. She’s completely house-trained now and knows to tell us when she needs to go outside. She runs in the woods with Jack and Keeper (with no snarling or growling), and every night climbs in the bed to sleep next to us (but not before giving big, slobbery kisses first). Yesterday I took her in to the vet to be spayed so she won’t have to worry about having any more puppies and can focus on being a young dog herself now (she’s only a year and 1/2!). Milo is already taking applications for her and working to find the right person/family that can give her a lot of love.