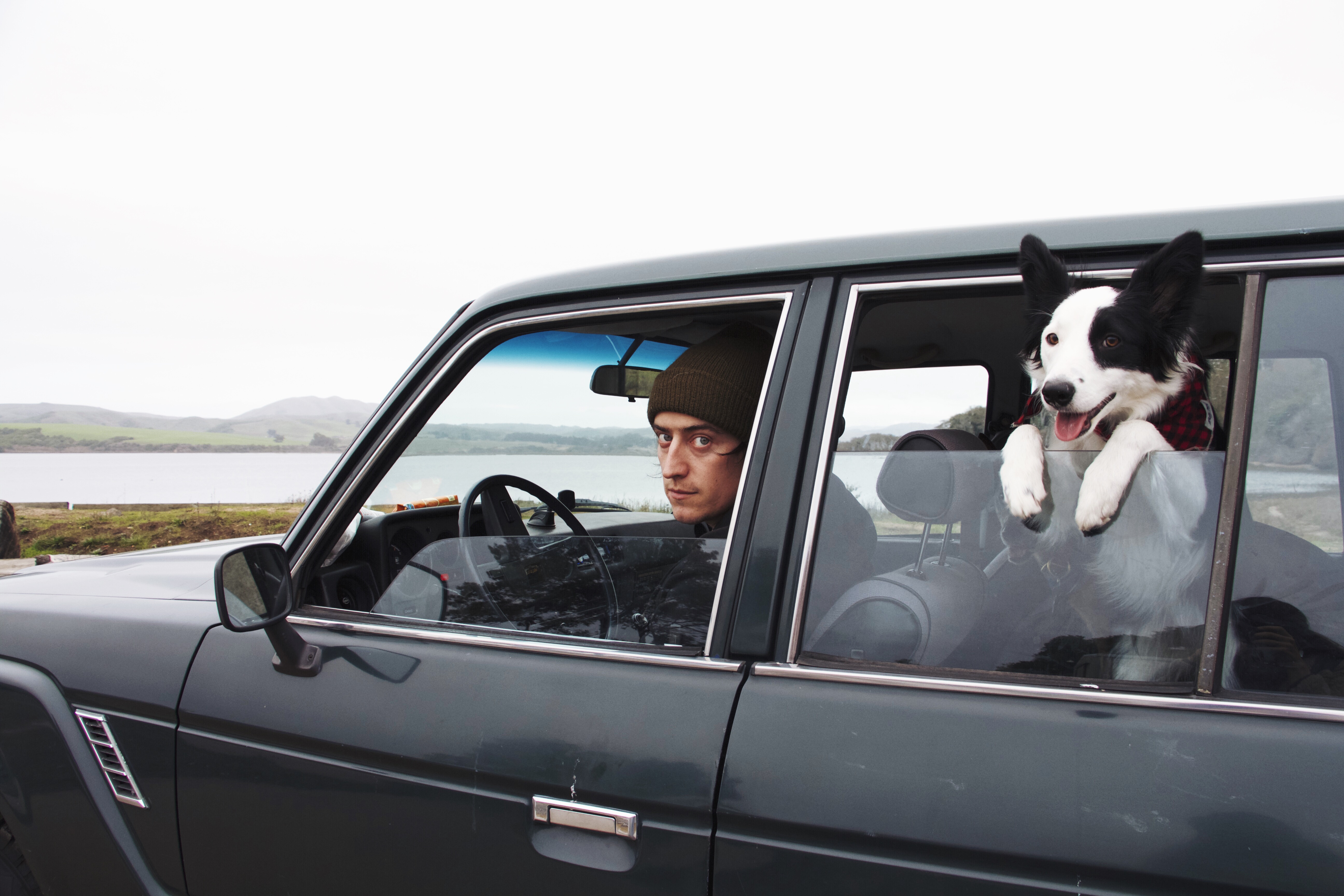 I look over to see Trey quietly laughing to himself in the driver’s seat. “What?” I ask him, wanting to know what sorts of brain wanderings of his I’m missing out on.

“I just thought the most stoner/hippie thing in my head that sounded a lot like something Jeff Spicoli would say, but it’s true”, he told me. “Yeah?” I said, fishing for a response.

“In order to find yourself, you’ve got to lose yourself…mann“, he said with a half-smile.

I laughed, “Yeah that does sound very Spicoli“. Then I repeated what he had said in a British accent to make it sound philosophical. Trey cringed and shook his head. I have never quite understood his aversion to a British accent. Maybe it’s because Americans have come to associate a British accent with being more formal, or because he sees it as being snooty. Either way, he hates it. I think British accents are charming. David Attenborough talking about Antarctic penguins is basically an adult nursery rhyme for me.

The music’s on, we’re listening to Uncle Tupelo, Chris Stapleton, and Sturgill Simpson. I’m not the biggest country fan, but I’ve been listening to Sturgill Simpson a lot lately. The heater is trying it’s best on half-blast to warm the truck. The cold air seeping through the crack in the passenger’s side window where it doesn’t fully roll up isn’t helping. It’s raining a little. Big, fat drops on the windshield. The whole sky is one cloud for as far as I can see ahead. It’s definitely not your average “let’s go to the beach” day. But, I love gray days. In California you get a lot of sunny days, so when the sky decides to get moody it’s a good thing. A strong El Niño has been predicted for this winter, which will bring lots of wind and rain. I was interested in seeing the surf. So far we’ve already had a few strong storms with thunder, lightening and strong winds. Some containers fell off a cargo ship off the coast last week and it took them no time to wash ashore given the wind. Pretty neat.

On our way to Point Reyes, we stopped off at our favorite sandwich/grocery store, The Inverness Store. They’ve got this abandoned boat out back that I’ve been taking Jack’s photo in front of since he was little. It was muddy from the rain, so I carried Jack over my shoulder to the log to avoid him from getting muddy. “He’s so calm”, a woman who was there photographing the boat said to me as we walked past. Jack flashed a panty smile at her from over my shoulder. “He’s a good boy”, I said back proudly. Then we picked up a dozen Hog Island oysters for dinner and threw them in our old Coleman cooler in the back of the truck and continued on to Point Reyes.

Our favorite spot up here is North Beach. It’s the last beach before you get to the lighthouse. There’s cliffs, driftwood, dunes, and on a good day you can see the Farallon Islands offshore. It’s a good place to watch for gray whales and humpbacks migrating, and there’s a large elephant seal rookery just on the other side of the peninsula in Drakes Bay. Right now the whales are traveling down to the warm waters south of our latitude, avoiding the cold and readying to give birth to their calves. They won’t begin migrating back north again until early spring. Before long the male elephant seals will start arriving at the rookery near here to stake their claim of the beach, and by February the juveniles, females, and pups will follow. But for now, all is quiet and everyone is tucked in for winter, so to speak.

We got to the beach and the swell was huge. The waves swirled high and crashed with thunderous force. The tide was high too, taking up most of the beach. I told Trey we better keep the dogs close, else they’ll get dragged out into the surf and be goners. The riptides around here, combined with the cold water, are no joke. Trey climbed on a dune and flew the drone with the GoPro out over the beach. The dogs chased a tennis ball in the sand, then Trey made a makeshift bat out of a piece of driftwood and hit the ball far down the beach for them. Keeper is so fast. She’s my girl, so sweet and athletic.

The sun started setting and we made our way back down the beach to the truck. We toweled the dogs off, gave them some water, and then Trey snapped a photo of me and Jack in the front seat watching the sun set. Afterwards we drove home in the dark, Keeper had half her body out of the car, not wanting to miss a thing. It was the best day.